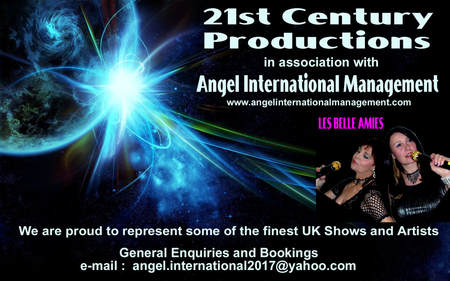 Gina Madison is the glamorous and highly talented vocalist who has been in demand as a popular Cabaret artiste for many years having performed in top Hotels, Nightclubs, and prestigious Cruise Companies in the United States Of America, the Middle and Far East, and the United Kingdom, and in most mainland countries in Europe.
​In 1988, whilst reading the 'Stage and Television Today', she came across the story of a British country music artist who had found Stardom in Nashville Tennessee.  The featured story subsequently led her to meet a man who was to become her life partner - Johnny Ramone.

Gina's illustrious career since partnering Johnny Ramone reads like this

In between working with Johnny Ramone, she has also worked with Trudi Lite in a Tribute to the Music Hall - '' LES BELLES AMIS''.  She has also partnered Kim Driver in the popularly acclaimed WW2 Show ''HITZ OF THE BLITZ''.